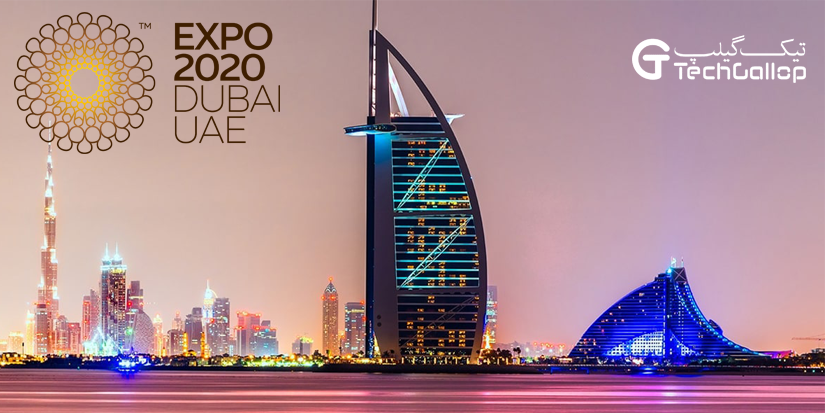 Aside from the 3,000-strong crowd within Al Wasl Plaza, millions of people across the world tuned in to virtually watch the much-anticipated event. The most inclusive World Expo ever got began with the golden ring of connectivity – the inspiration for the Expo 2020 Dubai emblem – hoisted to the trellis of the majestic Al Wasl Plaza, the pulsating heart of the Expo site and the breathtaking location for the enthralling ceremony.

A sensory assault of stunning images was broadcast across Al Wasl Plaza’s dome, the world’s biggest 360-degree projection screen, in addition to music from some of the world’s most renowned musicians and a magnificent live orchestra. A one-of-a-kind show of masterful artistic collaboration was made possible by more than 3,000 lighting fixtures, 1,000 speakers, 1,300 costumes, and buckets of passion and emotion from each of the 1,000-plus participating performers and volunteers.

Mr. President, “Expo 2020 Dubai will provide a significant platform for all people to connect, discuss, and work together,” Sheikh Nahayan Mabarak Al Nahayan, UAE Minister of Tolerance and Coexistence and Commissioner General of Expo 2020 Dubai, said in his speech, welcoming the world to Expo 2020 Dubai – and to the UAE. On our 50th anniversary, we will send a message of tolerance, cohabitation, and peace from the UAE to the globe; a message of development, prosperity, and growth; a message of brotherhood, happiness, and an unshakable commitment to a brighter future for all.”

“For the first time since the epidemic began, the whole globe is coming together to interact, trade, and learn on this remarkable global platform,” stated Dimitri S. Kerkentzes, Secretary-General of the Bureau International des Expositions (BIE). The moment has come to inaugurate Expo 2020 Dubai, an event that will usher in a new age, play a pivotal part in the global recovery, and contribute to a brighter future.”

The unveiling of the flags of Expo’s 192 participating countries, which occurred in a domino effect as flags were unfolded one by one, was a proud and visually spectacular event that also symbolised the world’s reawakening.

The night’s thrilling events were rounded off by famous singer Andrea Bocelli, who sang one of his all-time favourites, The Prayer, with its lyrics of human connection crescendoing into the grand climax.

With over 80 million records sold, classical music’s best-selling living musician said that performing at Expo 2020 was a “honour” and that his presence at Al Wasl “reflects all of the devotion my audience has shown me for many years, and I wish to return the favour.”

“We have all had a year that no one could have ever anticipated,” Andrea Bocelli remarked. For a year, we’ve lost the fundamentals, including our freedom and, in some ways, our dignity. Now that we’ve seen the light, I’m hoping that this event will help instil in everyone a feeling of optimism, a drive to succeed, and a desire to leave the past behind us.”

Before that, chart-topping British vocalist Ellie Goulding belted out a resounding, uplifting version of Anything Can Happen; Andra Day enraptured the audience with Rise Up; Chinese concert pianist Lang Lang wowed the audience with his wizardry; and four-time Grammy winner Angelique Kidjo, together with renowned Saudi singer Mohammed Abdu, sang John Legend’s powerful If You’re Out There?

Other highlights were Arab singers Hussain Al Jassmi, Almas, and Mayssa Karaa performing the official Expo song, This Is Our Time, and Emirati singing star Ahlam Alshamsi completing the strong regional line-up. The creative skill of Oscar-winning composer A.R. Rahman’s all-female group, the Firdaus Orchestra, which includes 50 musicians from throughout the Arab globe, was also a key element of the ceremony’s uplifting journey.

“We selected musicians that had songs that fit in the event and that connected in with Expo’s themes,” stated Scott Givens, Executive Producer, Expo 2020 Opening Ceremony, who co-curated and co-produced the programme with Franco Dragone, Artistic Director.

“Of course, we wanted to represent the world, to be multiple, and to reflect the variety of our planet,” said the group. I’m really happy of the mix of talent we’ve assembled for this project, as well as the manner they’ve told the storey.”

Throughout the celebration, there was a distinct sense of warmth, respect, unity, and camaraderie, demonstrating that the globe is poised and eager to re-embrace live events. Expo 2020 Dubai will host the world’s largest cultural gathering, presenting a visually stunning and emotionally inspiring 182-day experience as more than 200 participants – including countries, multilateral organisations, businesses, and educational institutions, as well as millions of visitors – create the world’s largest and most diverse World Expo ever.

Web Development Company with a Long History of Success
January 5, 2022

Why Do You Need Web Development For Your Business To Survive In The New Digital World?
January 3, 2022

Any cookies that may not be particularly necessary for the website to function and is used specifically to collect user personal data via analytics, ads, other embedded contents are termed as non-necessary cookies. It is mandatory to procure user consent prior to running these cookies on your website.